BACTERIA IN YOUR WELL WATER & WHAT TO CHECK 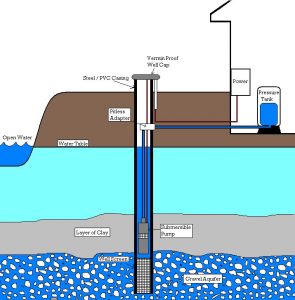 POTENTIAL CAUSES OF BACTERIA IN YOUR WELL WATER

IF BACTERIA COMES BACK AFTER SANITIZING 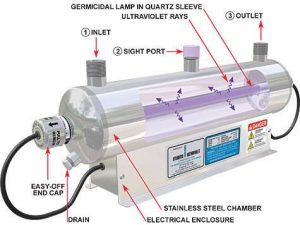 UV is a type of energy found in the electromagnetic spectrum, lying between x-rays and visible light. Although we cannot see UV light or rays, we are exposed to them every time we step out into the sun. In fact, UV light is responsible for causing sunburns. Ultraviolet systems use special lamps or bulbs that emit UV light of a particular wavelength. The Ultraviolet energy attacks the genetic core of the microorganism and rearranges the DNA /RNA eliminating the microorganism’s ability to function and reproduce. If the microorganism can no longer reproduce, it cannot replicate, therefore it cannot infect other organisms with which it has contact. The process is simple but effective, destroying 99.99% of harmful microorganisms without adding chemicals to the water.

See the following link for more description of Ultraviolet light (UV) water filtration technology https://h2ocare.com/ultraviolet-uv-light-disinfection/ or for even more detail go to http://www.water-research.net/Waterlibrary/privatewell/UVradiation.pdf.

H2O Care, Inc. is an established regional water filtration and testing organization originally formed in 1989 with offices in Hudson & Middleton, MA, with an additional service depot in Plymouth, MA.  The Company has been published multiple times in Water Technology Magazine and other publications on common contaminants found in the New England region’s water supplies. We can be reached at service@h2ocare.com or by calling 800-539-1100.