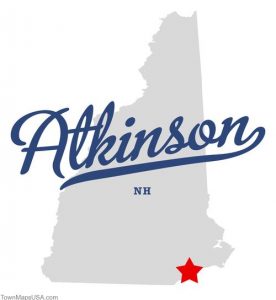 Hydrogen sulfide and sulfate-reducing bacteria are two forms of sulfur most commonly found in drinking water supplies. Both forms are nuisances that usually do not pose a health risk at the concentrations found in domestic wells, but can cause major aesthetic problems in your Atkinson home if present.

Hydrogen sulfide gas, which causes a rotten egg smell in water, occurs naturally in certain ground waters containing decaying organic matter, such as marshes, swamps, wetlands and river beds. It may be found in either deep or shallow wells. It is often present in wells drilled in shale or sandstone, or near coal or peat deposits or oil fields. Hydrogen sulfide gives water a “rotten egg” smell and taste, and can cause nausea.  It is corrosive to metals such as iron, steel, copper and brass and can tarnish silverware and discolor copper and brass utensils. It can also cause yellow or black stains on kitchen and bathroom fixtures. Coffee, tea and other beverages made with water containing hydrogen sulfide may be discolored and the appearance and taste of cooked foods can also be affected. High concentrations of dissolved hydrogen sulfide also can foul the resin bed of an ion exchange water softener.

Hydrogen sulfide can be difficult to test because the gas escapes into the atmosphere so quickly. Onsite testing is the most accurate method for determining concentration, especially if the odor is excessive. The odor is difficult to mistake.  Concentrations greater than 5 mg/L are more difficult to treat and could require special testing methods to assure accuracy. The EPA sets standards for secondary water contaminants based on color, odor, taste, corrosion, foaming and staining properties. Hydrogen sulfide is not regulated because any concentration high enough to pose a health hazard will also make the water too unpalatable to drink.

H2O Care is an established regional water filtration and testing company formed in 1989. Articles published by the company in Water Technology Magazines can be seen at the company website publications. Contact us by email at service@h2ocare.com or by calling us at 800-539-1100.