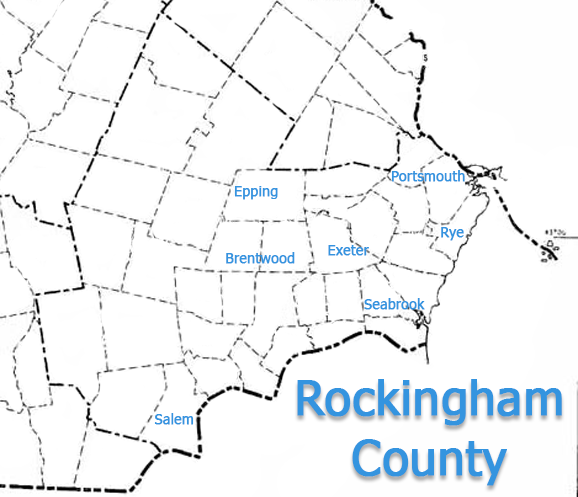 Considered the “Commerce Center of Southern New Hampshire”, Rockingham County has been cited on numerous occasions as one of the best locations in which to establish a home and a thriving business. The City of Portsmouth, New Hampshire has most recently been identified by Money Magazine as the fifth best place to live in the United States. Cited in this report were outstanding opportunities in education, strategic business location, a skilled labor force, no state income tax and an excellent quality of life.

In NH, past studies estimate that a relatively high number of randomly selected private bedrock wells contain concentrations of arsenic exceeding the MCL. 1,2,3 The southeastern region of the state has the greatest potential for arsenic concentrations greater than or equal to 5 ppb and 10 ppb. There may be 41,000 people in just the counties of Merrimack, Strafford, Hillsborough, and Rockingham County that are drinking water with arsenic levels above the EPA standard. 4,5 For more information on arsenic in drinking water, see the link at Arsenic in Drinking Water.

In light of a study released by the U.S. Geological Survey, the New Hampshire Department of Environmental Services (NHDES) urges everyone with a private well to test their water. The USGS study found that 80,000 residents in Hillsborough, Rockingham, and Strafford counties alone may have unhealthy levels of one or more toxic metals in their drinking water. Radon in water is another concern in many areas within Rockingham County. Also prevalent is Arsenic in well water. Some of the towns these contaminants have been found in include Atkinson, Kingston, Hampton, Auburn, Raymond and Windham among others.

In addition to Arsenic and Radon in water, many homeowners have installed water filtration systems to remove iron from water, manganese from water and also pH Neutralization systems to combat acidic or corrosive water. Removal of MTBE from water, a gasoline additive that can reach well water from leaky storage tanks has also been an issue in certain areas. Water softeners will soften and remove iron and manganese from well water while a pH neutralization system will neutralize acid (low pH) water. MTBE can be removed with the appropriate type of carbon filtration system. Additionally, reverse osmosis technology is effective at removing most contaminants from your drinking water.