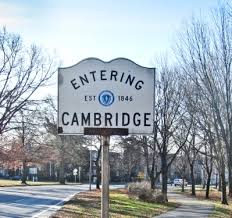 Water filtration systems can be installed for the removal of any of the potential water quality concerns you may be experiencing.  For example, lead is typically removed from drinking water with either a reverse osmosis water filtration system or a carbon filter designed specifically for the removal of lead from water. Water softeners are typically installed to remove dissolved iron or manganese and hardness minerals in the water through a technology called Ion Exchange (see below for more detailed information on this).  A water softener will also remove dissolved lead from the water as well, however they are usually installed ahead of the piping where the potential for lead leaching is most likely to occur and is not recommended for this purpose.  To remove particulate iron or manganese, a properly sized sediment filter is required.  Starting with a water test is the best way to determine what type of water filtration system makes the most sense.

HOW HARD IS THE CAMBRIDGE WATER?

As of this writing, according to CWD, the hardness of the city’s tap water is typically around 40 to 60 parts per million or 3 to 4 grains per gallon. See the chart at left for comparison. CWD’s water is “slightly to moderately hard” and varies only slightly throughout the city. Hardness also varies slightly by seasons of the year.  A water softener can immediately solve the issue of hard water in your Cambridge home. Water hardness refers to the content of the minerals calcium and magnesium in your water. When using dishwashers, you may notice a slight increase in “spotting” or streaking on glassware, flatware or white residue in kitchenware and showers.  Also, over time, it is possible to accumulate damaging scale build-up inside your home’s piping distribution system which can be expensive to fix or replace.

THE AFFECTS OF HARD WATER IN YOUR HOME OR BUSINESS

Hard water interferes with many cleaning tasks, from doing the laundry to washing dishes to taking a shower. Washing your hair in hard water may leave it feeling sticky and dull.  Dishes and glasses get spotted and a film may build up on shower doors, bathtubs, sinks and faucets.  Clothes can look dingy and feel rough and scratchy.   Magnesium and Calcium may have major affects on your home’s plumbing and your ability to clean, even though the EPA has no published limits on these.  Scale from hard water can build-up inside water heaters insulating the temperature sensor inside the tank creating extra work to bring the temperature up to the set level.  This reduces the life of your hot water heater and will likely require early replacement.   Hard water can also cause scale build-up in pipes that can lower water pressure throughout the home.

Water testing and analysis will determine the best course of action.  A water softener will improve your water greatly if you have hard water minerals, iron, or manganese in your water.   If other impurities are confirmed in the water test, they can be removed with other types of water filtration systems.  The maximum allowable level (per the Environmental Protection Agency) for iron as a secondary contaminant is .3 parts per million and for manganese is .05 parts per million. Small amounts of these minerals can have very noticeable, even damaging affects on your home’s water quality.

In addition to the above systems described, there are many other types of systems to remove bad tastes & odors, sediment and many other objectionable minerals and contaminants in the water.  Starting with a water test will dictate the right approach. For more detailed information on bad odors and tastes in your water, see the link at: https://h2ocare.com/bad-odor-taste/.

H2O Care is an established, Massachusetts based water filtration and testing firm, formed in 1989 with offices in Middleton & Stow, MA.  Articles published by the Company can be seen in Water Technology Magazines at http://h2ocare.com/pub. Contact us at service@h2ocare.com or 800-539-1100.