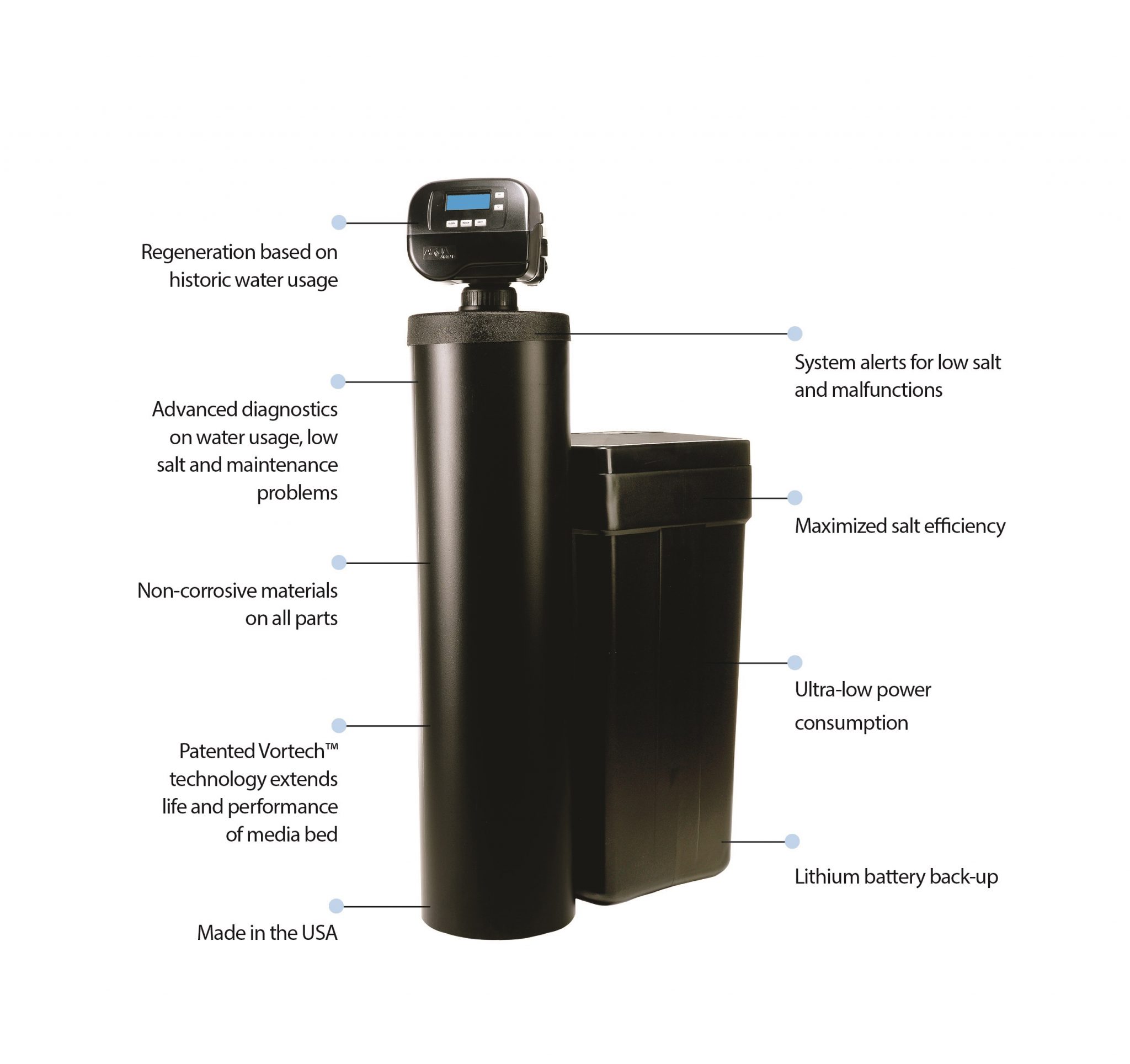 High levels of iron will leave an orange/rust stain on plumbing fixtures and build-up inside pipes, while Manganese typically leaves dark brown or black stains and build-up.  Both of these minerals can show up in particulate or dissolved form.  A properly designed and installed water softener will remove both dissolved Iron and dissolved Manganese from your water supply.  Particulate forms can be removed with a properly specified cartridge sediment filter.  If you have an elevated level of Iron or Manganese in your water supply, some of the benefits of a water softening system are identified below:

The difference in water quality after iron and manganese removal is noticeable in the shower and bathroom immediately. There will no longer be residue from impurities, so your skin will feel smoother and your hair softer and look brighter. Bathtubs, showers and sinks will be easier to clean because there will be less scum and build-up.

Kitchen sinks, coffee makers, and ice machines can all be fed higher quality, filtered water. Your food will taste more flavorful because of the lack of these off-tasting contaminants. Drinks made primarily with water will also taste better as well!

Your appliances, including the washing machine, water heater and dishwasher, will run much more efficiently and likely last longer if they’re using softened water. Your clothing will feel softer and appear brighter, your water heater won’t expend as much energy and last longer and dishes will be clean and spot-free with a whole house water softener system!

As with any prudent approach to solving water problems, we start with a water test.  Additionally, we estimate water usage based on the number of people in the home, number of bathrooms, plumbing issues like pipe size, etc. and other factors to determine what type of system will effectively address your issues without water pressure loss.  For iron and manganese removal, a determination of the form, Ferric (particulate) or Ferrous (dissolved in solution) is necessary.

Iron is a common impurity found in New England’s water. It doesn’t take high levels to cause annoying staining and discoloration of kitchen and bathroom appliances and fixtures, clothing or damaging build-up inside your home’s pipes. Iron can show up as rusty or orange staining in showers, bathtubs, toilets, dishwashers and other areas. It may also discolor your laundry and build up inside hot water heaters & pipes causing potential damage as well as impart a metallic taste when drinking. The EPA maximum contaminant level is set at .3 parts per million (mg/L), however it is possible to notice staining at lower levels. See our published article in Water Technology Magazine Water Tech- Iron. 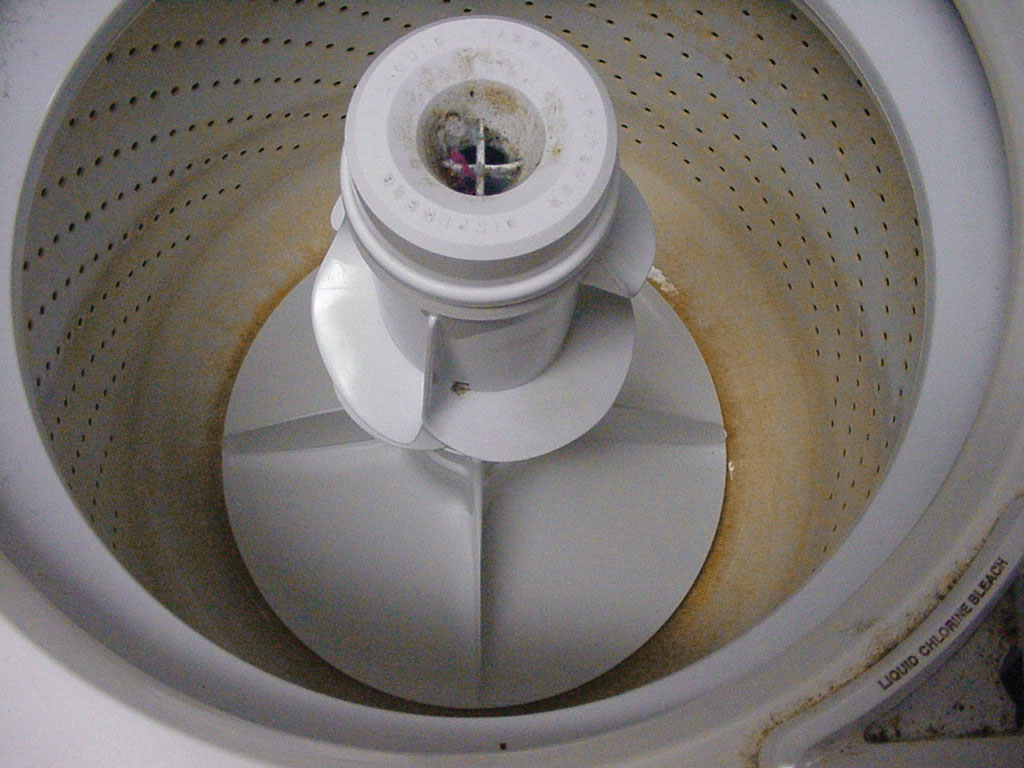 Manganese often shows up inside dish washers and washing machines as a brownish or black stain. Detergents raise the pH of the water causing oxidation or precipitation of the dissolved manganese out of the water and onto the surfaces as well as on clothing and dishes, etc. It can also show up as a film floating in the toilet reservoir tank. At high concentrations, manganese can be a health threat. The EPA maximum contaminant level is set at .05 parts per million (mg/L).  See our published article about manganese in Water Technology Magazine at the following link, Water Tech – Manganese.

NOTE: EPA has established National Secondary Drinking Water Regulations (NSDWRs) that set non-mandatory water quality standards for 15 contaminants, of which Iron & Manganese are included. EPA does not enforce these “secondary maximum contaminant levels” or “SMCLs.” They are established only as guidelines to assist public water systems in managing their drinking water for aesthetic considerations, such as taste, color and odor. These contaminants are not considered to present a risk to human health at the SMCL, however, Manganese at higher levels has been identified as a potential health risk.