The most prevalent cause of rotten egg smell in water in Southborough and this region is hydrogen sulfide. It is a colorless gas that can exist naturally in groundwater. Sulfur-reducing bacteria present in groundwater use sulfur as an energy source to chemically change sulfates to hydrogen sulfide. The bacteria use sulfur from decaying plants and other organic matter in oxygen-deficient environments. They can occur in deep or shallow wells, and reside in plumbing systems. Hydrogen sulfide can reveal itself in other ways too. Hot water heaters that have a magnesium rod used for corrosion control can chemically reduce sulfates to hydrogen sulfide. It also can enter surface water through springs as well.

It is most common in shale and sandstone. The occurrence of hydrogen sulfide gas has been associated with groundwater with low pH and/or groundwater with high levels of iron and/or manganese (typical water quality issues in New England).  Hydrogen sulfide has a pungent smell at low concentrations and most people can detect concentrations above 0.03 ppm. There is no Maximum Contaminant Level established by the United States EPA.

DOES HYDROGEN SULFIDE POSE A HEALTH RISK OR JUST AN AESTHETIC ISSUE?

While there are a number of technologies available to remove the rotten egg smell in your water, it cannot be viewed in a vacuum.  The pH level, iron & manganese levels, as well as other contaminants present in the water must be evaluated for an effective, comprehensive solution to this issue.  Some of the technologies and systems that may be used include:

In addition to the above, there are many other types of systems to remove bad tastes & odors, sediment and many other objectionable minerals and contaminants in the water.  Starting with a water test will dictate the right approach.

H2O Care is an established, full service Massachusetts based water filtration and testing organization, originally formed in 1989.  See our published articles in Water Technology Magazines at http://www.h2ocare.com.  Contact us at service@h2ocare.com or 800-539-1100. 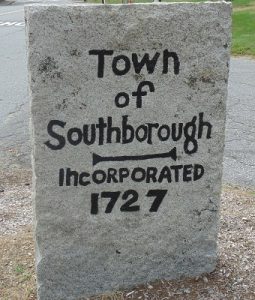