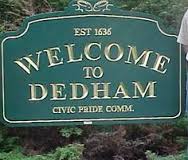 While the term “chloramine” is commonly used, the actual compound used is monochloramine. Monochloramine is a different chemical from dichloramine and trichloramine, which are chloramines formed by other complex chemical reactions. Dichloramine and trichloramine are sometimes found in and around indoor swimming pools and can cause skin, eye and respiratory problems. It often is formed when chlorine in the pool reacts with ammonia released from human bodies’ perspiration and other organic matter.  For more information on chloramines and THMs, see our published article at https://www.wqpmag.com/water-chloramines.

H2O Care is an established full service water filtration and testing organization, originally formed in 1989 with offices in Middleton, Stow & Lakeville, MA and a service depot in Plymouth, MA.  See our published articles in Water Technology Magazine by going to our website, https://h2ocare.com.  Contact us at service@h2ocare.com or call us at 800-539-1100.